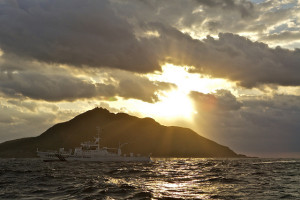 Many have sought to link the Ukraine crisis to the security situation in East Asia. Voices have been heard warning that China might follow suit in local territorial disputes, while others argue that due to its own internal problems it will stay quiet. But due to China’s favorable present global position, it can still balance verbal support of sovereignty and nonviolent solutions outside East Asia while remaining assertive in the region. It is thus unlikely to change its regional posture in the near future.

Unlike its regional rivals China has avoided tying down some of its capabilities away from East Asian focal points, and won a 400 billion USD gas deal with Russia (likely at very good conditions) in the process. When it comes to Ukraine, both Russia and the West have tried to woo China and have interpreted the country’s maneuvers as being favorable to their own side. China, however, has stayed mostly neutral, and this has allowed it to demand concessions from both sides.

With the annexation of Crimea, Russia put itself at odds with the West, and China’s (limited) backing has basically become Russia’s life support. Western countries, who feel huge economic interdependence on China and clearly do not want to enter another major Cold War with the combined bloc of Russia and China, will think twice when trying to push China’s buttons. Under these conditions, the all-weather support for China’s rivals in territorial disputes will not be seen by the West as a way of motivating China to stay neutral or even to change sides. Perceptions of regional order will shift in China‘s favor accordingly.

However the type of precedence that the Crimean case presents must now also be differentiated from the disputes in Asia: a region (Crimea) originally recognized as the territory of one country (Ukraine) by everyone (including Russia) was annexed by the latter. The territorial conflicts in South and East China Seas are clearly not comparable cases, nor is Taiwan – they all presently territories which China claims to own, unlike Russia’s previous public view on Crimea. A far more appropriate comparable scenario in Asia would be that of China annexing the Russian Far East, or territories in the Southeast Asian countries, using the pretext of the protection of ethnic Chinese in those regions. While we cannot obviously discard these scenarios in the distant future, at present they are rather unrealistic.

Many of the countries in East Asia did not abandon Russia entirely. Even the strongest regional criticism from Japan falls short when compared to the response from West. A possible explanation would be that the countries in the region interpreted the weight of the first two dimensions of power (state capabilities and structural position) as prevailing against Ukraine. But they are also not willing to openly criticize Russia if it means balancing against China in Asia. The situation China therefore finds itself in seems rather ideal. It has pursued a combination of policies that include lip-service for sovereignty, neutrality and peaceful solutions when it comes to non-essential issues far away from its core region of East Asia, combined with sophisticated assertiveness on its own door-step and “salami-slicing” tactics in its local territorial disputes.  There is every reason to expect that it will continue with the policies that brought it to the favorable position it presently enjoys. China is thus unlikely to pursue any significant policy shifts in the near future – neither toward all-out annexations nor toward significantly downgrading its assertive regional posture.

The article was originally published on Atlantic-community.org