US-China rivalry in the Global South? Insights from a public opinion survey 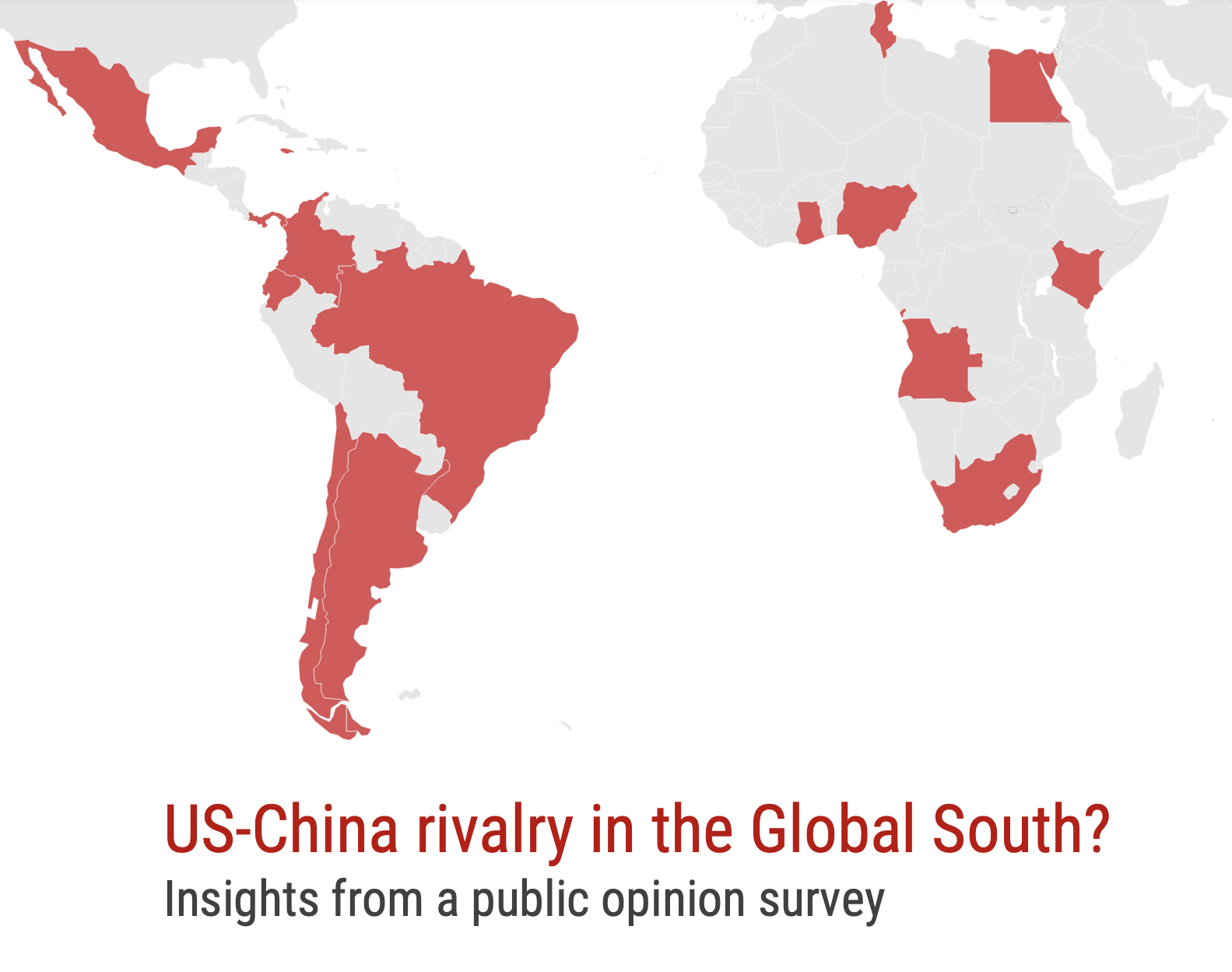 This report is a result of a wide-scale study of public opinion in 15 countries across Africa and Latin America (and the Caribbean), conducted online between June and July 2022 with a research sample (n = 18,224) representative of gender, age, and country region (as well as religion or ethnicity in certain cases).

This survey is part of a broader research project, ‘Sinophone Borderlands – Interaction at the Edges,’ funded by the European Regional Development Fund and run by Palacky University Olomouc in collaboration with the Central European Institute of Asian Studies (CEIAS).

This report summarizes some of the main findings from seven African countries (Angola, Egypt, Ghana, Kenya, Nigeria, South Africa, and Tunisia), seven Latin American countries (Argentina, Brazil, Chile, Colombia, Ecuador, Mexico, and Panama), and Jamaica as one country from the Caribbean region. While the term “Global South’ would usually also include countries from Asia and the Pacific, this report focuses exclusively on ‘developing countries’ which are further away from China. Another specific survey report will focus on Indo-Pacific countries which are geopolitically closer to China.

Our findings suggest that if there is a rivalry to win the ‘hearts and minds’ of the people in the Global South (understood here to be the regions included in this study), the US is visibly ahead of China. In each country surveyed, the US is consistently viewed more favorably and positively than China. At the same time, however, it would be wrong to conclude that China has lost, as China is also seen predominantly favorably in most countries, although tracking behind the US. It seems, then, that people within the region do not see the US and China in the usual black-and-white dichotomy and are not choosing between them. Yet, when they are directly asked whom they would prefer – the vast majority would side with the US.