Who will be Taipei’s next mayor? Kinship politics in Taiwan’s local elections

Home Publications CEIAS Insights Who will be Taipei’s next mayor? Kinship politics in Taiwan’s local elections 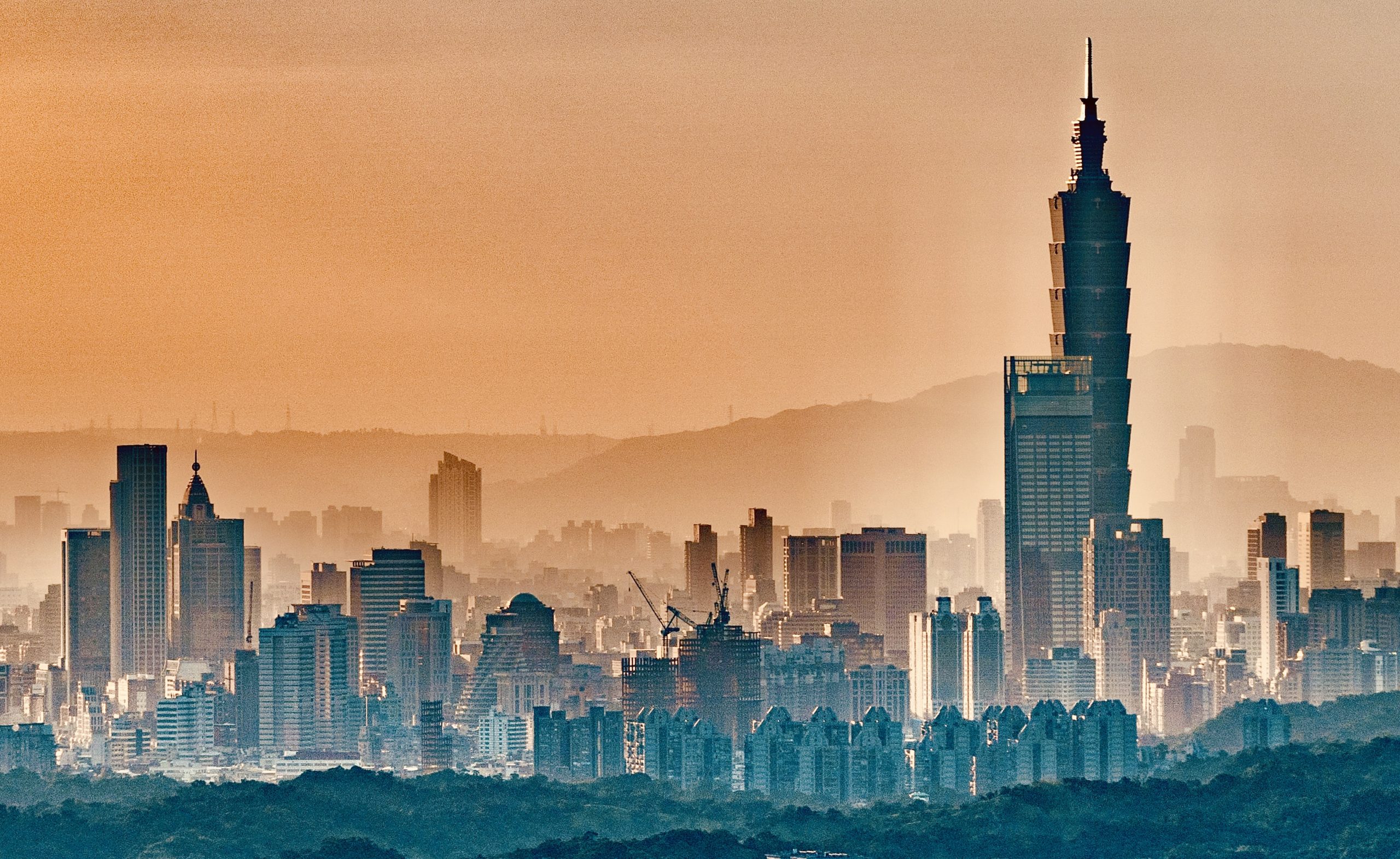 In the tight race for Taipei’s mayor post, chances are high that the great-grandson of former authoritarian leader Chiang Kai-Shek will take it.

Women adore him for his dashing looks, the opposition fiercely criticizes his political opportunism and lack of political devotion and skills, and KMT voters regard him as not the most favored but best choice to bring home the mayor’s elections in Taipei. Chiang Wan-an (蔣萬安), the great-grandson of Chiang Kai-shek (蔣介石), is arguably the most intriguing candidate in this year’s local elections in Taiwan. Chances are high that he will win the race, partly because and not despite his family background.

On 26 November, 19.3 million eligible voters, among them 760,000 first voters, can select their mayors and councilors at the county, township, and village levels in what is often dubbed as Taiwan’s mid-term elections or “nine-in-one” elections (i.e., nine categories of political offices in one election). A total of 11,023 public posts will be filled through open and competitive popular elections. Taiwan’s political and economic capital Taipei is traditionally the hardest-fought election. Its outcomes are widely seen as a trend indicator for the presidential and parliamentary elections that follow in two years.

The city’s voting population amounts to 2.03 million people, making it the second biggest election district after New Taipei, with approximately 3.32 million eligible voters. Although a record number of twelve candidates have put themselves up for the prestigious mayor post this time, the elections turned into a tight race between three leading candidates: Former Deputy-Mayor Huang Shan-shan (黃珊珊), who runs as an independent candidate but is backed by the People’s Power Party (PPP), founded and chaired by incumbent mayor Ko Wen-je (柯文哲); former Minister of Health and Welfare and chief pandemic manager Chen Shih-chung (陳時中) of the ruling  Democratic Progressive Party (DPP); and lawmaker Chiang Wan-an of the opposition party Kuomintang (KMT).

Various opinion polls differ in their predictions and do not indicate a clear winner. According to the survey results from the Broadcasting Corporation of China (中廣) published on 14 November, Chiang leads the race with 34.25%, followed by Chen with 22.79% and Huang with 15.6%. 22.9% of the voters are still undecided. Polls conducted by Liberty Times (自由時報) and Formosa Television (民視) came to a different conclusion. They attested Chen to lead with a margin of 6 percentage points (34.8%) before Chiang (28.71%) and 11 points before Huang (23.45%). The race remains gripping, but many observers agree that Chiang Wan-an’s chances are high for bringing the elections home for the KMT.

The KMT’s necessity to rejuvenate

Chiang Wan-an is arguably the most intriguing candidate for this year’s elections. His candidacy is the product of a painful learning curve within the KMT. Firstly, the previous mayor elections in 2018 served as a wake-up call that not only the DPP but also charismatic outsider candidates can triumph in traditional KMT strongholds due to an increasingly volatile electorate with malleable party affiliations. Secondly, the DPP’s growing popularity, especially among young voters, revealed that political representation and political programs that respond to the needs of a more youthful and increasingly cosmopolitan generation are paramount if political parties want to remain politically relevant and win local and national elections. In the 2020 Presidential Elections, the KMT received 2 to 3 million fewer votes than the DPP from voters under 40.

In an attempt to rejuvenate, the KMT elected 48-year-old Johnny Chiang (江啟臣) as party chairman in 2020, becoming the “youngest-ever leader of Asia’s oldest political party.” However, Chiang had to cede his chair to the seasoned politician Eric Chu (朱立倫), who had served as mayor in KMT strongholds New Taipei and Taoyuan County and had run against Tsai Ing-wen for the presidency in 2016, only one year later. Besides questions of political legitimacy and experience, a significant flashpoint was Johnny Chiang’s adherence to the status quo in cross-Strait relations while barring pro-unification stances from the so-called deep-blue camp, the most conservative faction within the KMT that desires unification within the mainland, even under the rule of the current Chinese Communist Party.

Although many within the KMT disagree with unification as promoted by deep-blue advocates, the latter is still regarded as a strategically important electorate that the KMT does not want to surrender to other minor parties. In his victory speech, Eric Chu stressed unity (團結), expressing his hopes that former KMT members would realign to strengthen and young people would enter to change the party. Chiang Wan-an’s nomination for the Taipei mayor’s race must be understood in this very context: the KMT’s challenge to win new young voters while not losing its traditional constituencies that sustain cultural, emotional, and economic ties with the Mainland. Both his youth and family background play a decisive role in this calculation.

Chiang Wan-an started his political career in 2015 after his return from the United States, where he studied and worked as a lawyer. He won the KMT primaries for the 2016 Legislative Yuan Elections with against his considerably older contender Luo Shu-lei (羅淑蕾), who had defeated his father, Chiang Hsiao-yen (蔣孝嚴), in the same electoral district in Taipei four years earlier. Taiwanese media consequently coined Chiang Wan-an as Hamlet, the son who avenged his father’s defeat. In the 2016 Legislative Yuan Elections, Chiang eventually received 46.68% of the votes in his district, leaving most of his contenders far behind, except for the independent candidate Billy Pan (潘建志), who received 38.41% of the votes. Chiang could vindicate his post, dividing the district’s votes with the equally young and popular DPP candidate Enoch Wu (吳怡農) in 2020.

One reason behind his ability to glue old and new voters is his ability to navigate different constituencies strategically. Chiang Wan-an belongs to the fourth generation of the Chiang family, thus to the lineage of former KMT chairman and state leader Chiang Kai-shek (蔣介石 or 蔣中正). Chiang has never made a secret of his family background. On the contrary, aware of the symbolic weight of his family name, he has strategically used it in his electoral campaigns and political work. However, although the KMT adamantly defends Chiang Kai-Shek’s legacy as a great patriot and developer of Taiwan, a view shared by many in Taiwanese society, Chiang has not blindly toed the official party line but has proved himself as a promoter of transitional justice. For example, he endorsed the DDP’s “Transitional Justice Act” (促轉條例) in 2017 and its amendment in 2021 that changed the very definition from “martial law period” (戒嚴時期) to “authoritarian rule” (威權統治) and extended the period from previously 20 May 1949 to 14 July 1987 to now 15 August 1945 to 6 November 1992. While this has led to controversies within the KMT, Chiang won recognition among some transitional justice advocates.

But Chiang’s public embracement of his lineage has been highly contested in Taiwan. Born as Chang (章) and not Chiang (蔣), his father publicly revealed to be an “illegitimate” son of the late Chiang Ching-Kuo (蔣經國) in December 2002. Subsequently, the family formally changed its last name to Chiang. Political contenders accuse Chiang Wan-an of political opportunism while lacking genuine devotion and interest in public policy. Others doubt his and his father’s declarations, requesting DNA tests. Moreover, many play his family status down to secondary lineage. Chiang’s case demonstrates how persisting traditional conceptions of family and lineage in contemporary Taiwanese society, in which children born outside marriage as a consequence of adultery or affairs are still regarded as secondary children and do not belong to the family, permeate national politics. But the public debates are also telling how Taiwan, as a democracy, faces its authoritarian past as compared to other countries in Europe.

The House of Habsburg and Mussolini

Taiwan is not the only country to face the dilemma of how to deal with descendants of previous dictators and monarchs. For example, Austria has only recently lifted the constitutional paragraph that had barred descendants from the Habsburg and other royal families from running for presidency (not for local or later European elections). The law had been installed in 1920 and aimed to avoid the reinstitution of a monarchy in young Republican Austria. In 2011, 90 years after the overturn of the monarchy, Austrian parliamentarians agreed to abolish the so-called “Habsburger-Paragraph” which many regarded as a long-overdue abrogation of discrimination. But despite the temporal distance to the monarchy, the reform did not occur without public debates on its constitutionality.

In Italy, the political candidacies of the granddaughters of the former dictator Benito Mussolini, Alessandra and Rachele Mussolini, have been subject to regular public contestations over the past 20 years. Unlike in Austria, where contemporary members of the Habsburg family have engaged in local and European politics on behalf of the Green Party and the conservative People’s Party, Mussolini’s granddaughters are affiliated with right-wing politics. Rachele Mussolini is currently a counselor in Rome representing Fratelli d’Italia, a party which many political observers categorize as neo-fascist.

Hence, while in Austria, the central question about whether to lift the law from 1920 that continued to deprive Habsburgs passive voting rights for the presidency in the 21st century was its constitutionality, Italy’s public focused on the moral right and political legitimacy of Mussolini’s granddaughters to assume public offices. In Taiwan, on the other hand, public debates have mostly revolved around whether Chiang Wan-an’s claim of lineage is truthful and whether he thus has the right to use this name. Questions of self-positionality or constitutional rights were almost absent.

In August 1985, the late Chiang Ching-Kuo stated in an interview with the New York Times that no Chiang would rule the country after him. Chiang Hsiao-yen, being legally and socially neglected from his lineage, could not care less about his father’s will. However, he apparently found it beneficial to declare his belonging to the Chiang family when he started to run for political offices in the early 2000s. So does his son. Arguably, democratic countries have different ways of facing their authoritarian pasts, and these differences very much depend on political histories and how efforts to foster transitional justice have come about. In Taiwan, the absence of public demands for self-positionality in Chiang’s case is conspicuous—at least from the outsider’s perspective. This is not to say that Chiang Wan-an or any other Chiang family members should be denied active or passive voting rights.

On the contrary, upholding constitutional rights and avoiding unjust kin liability are essential principles for any democracy. Still, Chiang’s strategic use of his lineage serves not only his own political interests but also those of the KMT, which is much more hesitant in dealing with its past, to put it mildly. Moreover, Chiang has a good chance of winning the race for the mayor’s post on Sunday. Given that two previous mayors, Chen Shui-bian and Ma Ying-jeou, later became presidents, the possibility that a Chiang will rule the country in the future cannot be entirely excluded. Against this backdrop, a public debate that weighs historical legacies and self-positionality would do no harm. On the contrary, Taiwan would stand out again from its neighboring countries.

Julia Marinaccio is a political comparatist with a regional focus on China and Taiwan, currently employed as a postdoctoral fellow at the Department of Foreign Languages, University of Bergen. She holds a PhD in China Studies from the University of Vienna (2018) and an MA in Political Science from the National Chengchi University (2013). Her main research interests lie in environmental governance in China and transnational political mobilization in Taiwan.