Chinese New Year under the shadow of the new coronavirus 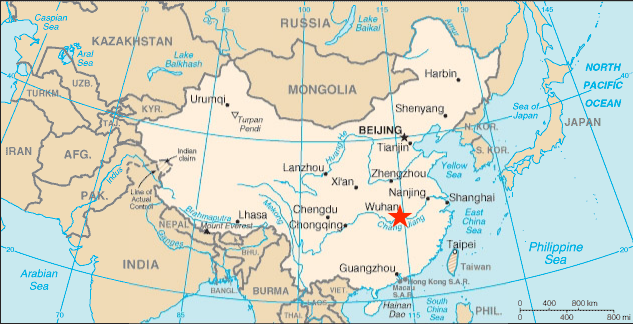 Spread of the coronavirus disrupts the usual New Year festivities.

The Lunar New Year is the single most important celebration in China. On New Year Eve, Chinese would normally not miss the Spring Festival Gala, an entertaining show produced by China Central Television (CCTV) and broadcasted annually. The show is regarded as the most-watched TV show in the world, attracting around a billion viewers in previous years. However, many Chinese were not in the mood of watching this year. During the four and a half-hour of Spring Festival Gala broadcasting, many turned instead to social media discussing events related to the coronavirus originated from Wuhan.

The first case of infection appeared on December 12, 2019, but the general public was only aware of the epidemic a month later. Before Jan 20, the official statement was that there is no evidence that this disease can be transmitted between humans. In the week before the Lunar New Year, after it was confirmed that the new coronavirus is a SARS-like virus that can be transmitted people-to-people, there was a surge of discussion online. The new coronavirus soon developed into a national-wide hot topic, thanks to people’s vivid memory of the SARS epidemic 17 years ago, which sickened 8,098 people and killed 774 of them.

Wuhan, the capital of Hubei Province, is where the coronavirus outbreak first started. On Jan 23, the government announced the lockdown of this city of 11 million people to prevent the further spreading of the coronavirus. Most Chinese supported this tough measure at the beginning. However, on Jan 24 the information seems to indicate that there are not enough medical supplies in Wuhan and other quarantined cities in Hubei Provinces, where more than half of the infected patients are currently located. Online posts showed patients could not receive proper treatment due to shortages of hospital beds and virus testing kits, and medical workers had to work overtime under poorly ventilated contamination suits, and some even without protective gear.

This infuriated Chinese citizens. A renowned journalist who works for the Hubei official newspaper wrote a commentary suggesting to change the municipal leaders of Wuhan. This article was censored soon. However, another article summarizing the Wuhan municipal government’s and Hubei provincial government’s mismanagements of the health emergency went viral online. This article accused the governments of covering up a significant epidemic and reacting slowly to the emergency, which leads to the widespread of the virus. In a country where information is tightly controlled, it is surprising this article passed through online censorship in the first place.

Meanwhile, posts circulating online compared the management of Hubei with its neighboring province, Henan, another densely populated province. It is said that facing the emergency, the governors in Henan reacted swiftly and took preventive measures since early on – sterilizing residential areas, nonstop broadcasting the severity of coronavirus on local TV channels, quarantining migrants coming back from Wuhan with symptoms.  Thanks to such strict measures, this province bordering Hubei has not faced large outbreaks so far. A few other provinces, such as Zhejiang and Guangdong, are also reported as performing relatively well. Nevertheless, most educated citizens do not seem to be satisfied with the Chinese governments’ management of this public health emergency in general, mainly due to the health authorities’ initial downplaying of the severity of the epidemic.

Compared to 17 years ago, new media play a key role in raising public attention this time. WeChat and Weibo have become the focal information sharing platform, flooded with posts from both professional journalists and regular citizens, spreading both truths and rumors – and sometimes, rumors turned into truths. Even though some information caused unnecessary panic on a small scale, its value of promoting self-protective measures among the public, like wearing face masks and staying indoors, cannot be denied.

People in the first-tier cities were the first ones to rush to purchase face masks. Long queues ordering masks were reported at pharmacies in Beijing, Guangzhou, and Shanghai — cities hit the hardest during the SARS epidemic in 2003. Those living in the inland areas, including even Wuhan, were slower in taking preventive measures. Also, the older generations are less willing to wear masks than their 20 or 30 years old children. The former tend to spend less time on social media and trust more official information, which explains why they only started to wear face masks very recently when a significant amount of TV news is dedicated to the epidemic.

Even though this year’s Spring Festival Gala added a poem recitation about the epidemic, suggesting that the central government recognizes the importance of the issue, an article named “Thinking of Wuhan, I don’t want to watch Spring Festival Gala” still went viral online (and censored soon after). The end of the article reads:

While this article was reposted among citizens, flights carrying medical supplies and professionals reached Wuhan around midnight of the Lunar New Year Eve.

Runya Qiaoan is a Research Fellow at CEIAS and a Researcher at Palacky University Olomouc working at the project Sinophone Borderlands.