Polish alt-right: A friend of China 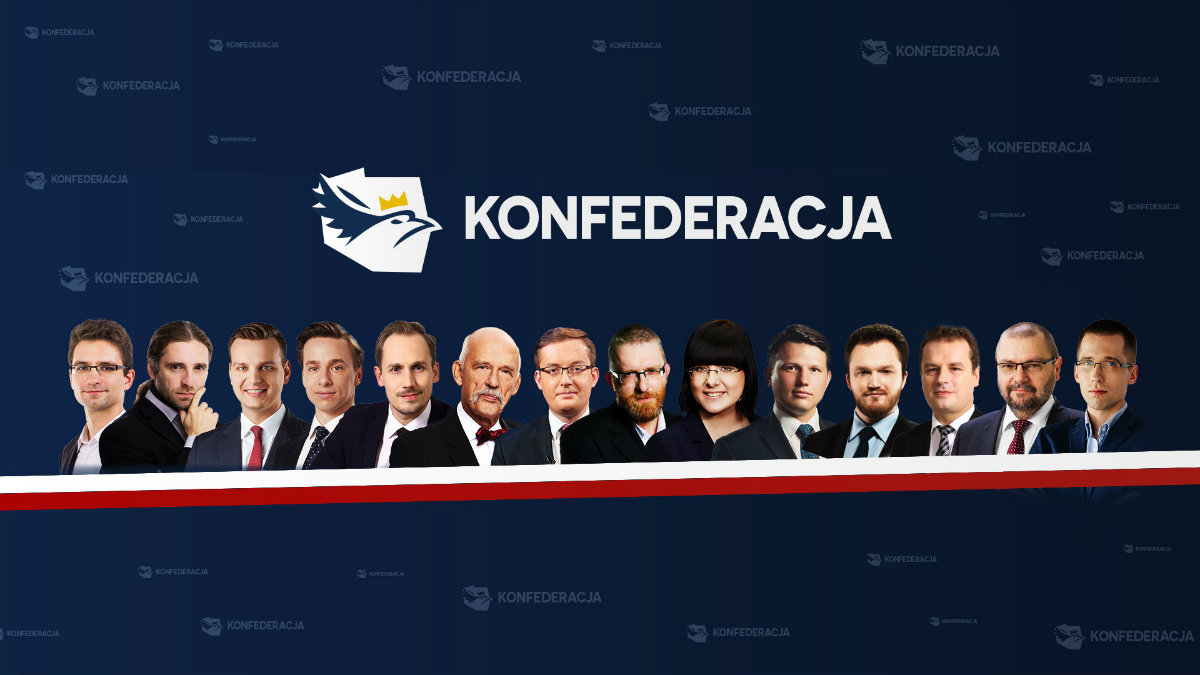 Polish alt-right has a strange fascination with China.

In 2019, Poland and China celebrate the 70th anniversary of diplomatic relations. Interestingly, Poland was among the first states to recognize the New China already on 7 October 1949, within a week after the establishment of the People’s Republic. The reason was rather obvious – both countries had new, sisterly socio-political systems and became parts of the larger Communist world. The tectonic shifts in Central and Eastern Europe in 1989 brought the restoration of a democratic Poland and its „return to the West” both in political, strategic and military dimensions: joining the NATO alliance in 1999, and then the European Union in 2004.

After the collapse of the Soviet bloc, Poland put enthusiastically all its security hopes onto the ‘unequal friendship’ with the only superpower left – the United States. The dramatic change of alliances naturally led to putting on the brakes as regards the overall relations with the remaining Socialist/Communist states. The economy was not spared and Warsaw wished to fit itself into the supply chain of the Western, mostly German manufacturers, and finally also became a ‘monopoly’ playground of Western banks. Poland switched from being a „dependent socialist economy” into a „dependent market economy”. The painful operation proved successful and – what is worth underlining – the links with the Asian economic giant: China, were weakened but not severed.

The rise of China and the apparent economic triumph of its state capitalism produced as an (un)expected result a renewed interest in the Central and Eastern Europe (CEE) with 16+1 (now 17+1) cooperation format and the gigantic Belt and Road Initiative. The projects were construed in the CEE capitals as a unique opportunity to become a gateway into the West for Beijing and to upgrade the ailing infrastructure. Poland was not isolated in having such dreams. Warsaw signed a „strategic partnership” declaration with Beijing back in 2011, and a „comprehensive strategic partnership” in 2016, sharing, however, that kind of rather empty „arrangement” with dozens of other countries around the globe. What is, however, most interesting and rather unexpected, China has become a kind of a role model and a potential ‘strategic ally’ for a part of Polish right-wing groups.

Parliamentary elections in Poland are scheduled for 13 October 2019. One of the contending parties is „Konfederacja Wolność i Niepodległość” (Confederation Freedom and Independence), a loose grouping of conservative, Nationalist and seasoned self-declared liberal politicians and their supporters. Their views on the social, economic and political order are far to the right compared with the ruling PiS (Law and Justice) party which is socially conservative but favors some leftist ideals of redistribution of wealth (e.g. providing social benefits for kids). The more market-oriented, „American-styled” liberals in the Konfederacja cherish much more libertarian views on the economy. But by no means, they are ‘pro-American’ or ‘anti-Russian’ – the sentiments that are usually associated with the PiS government. The other way around, they hold more ‘pragmatic’ and ‘favorable’ views when it comes to Poland-Russia ties or a possible rapprochement with the Kremlin. On the other hand, Konfederacja’s leaders and followers are staunch Eurosceptics and vocal critics of American foreign policy.

Leading politicians of the Konfederacja espouse even more radical views about China, which they have expressed on many occasions. Earlier this year Poland was shocked by arrests of a Chinese Huawei executive and a former Polish ABW secret services officer on spying charges. During the most recent visit of the American vice-President, Mike Pence, to Warsaw on September 2, Polish President Andrzej Duda – who is supported by the PiS ruling party – was asked about the case. ‘I want to say one thing – yes, indeed Polish counterintelligence services have detected some activities that could have a spy character, this case is currently being investigated.’

The case may be of critical importance for Chinese Huawei Technologies’ participation in building a 5G network in Poland. And, interestingly, during Pence’s visit, both countries signed a joined declaration on 5G network security which reads: „All countries must ensure only trusted and reliable suppliers participate in networks”. It means a rigorous evaluation of foreign government control. Marc Short, Pence’s Chief of staff said openly: “We must stand together to prevent the Chinese Communist Party from using subsidiaries like Huawei to gather intelligence while supporting China’s military and state security services – with our technology.”

Grzegorz Braun – one of the Konfederacja leaders, who is known for his often radical views on domestic and international affairs – commented on the issue: ‘As you can see, the policy of allegedly “non-alternative strategic alliances” costs Poland not only the risk of war and the cost of permanently overpaid armament purchases, but also lost profits – lost opportunities of good deals that we will not reach because they could not be approved of by our imperial patrons.”

“My answer for the Fort Trump is Fort Xi”

Moreover, Mr. Braun, who in the past was also a Presidential candidate, dreams of a permanent Chinese military base in Poland instead of a U.S. base (‘Fort Trump’) sought by the PiS government. He even claims that “China with its very existence saved us twice in the 20th century, probably saved the very existence of the Polish state… The New Silk Road could bring prosperity to the forgotten parts of South-Eastern Poland. The Polish Subcarpathia region should become a big logistics hub on the European scale… My answer for the Fort Trump is Fort Xi…”

The same fascination can be regularly found in opinions expressed by Janusz Korwin-Mikke – a well-known, controversial politician veteran representing conservative-liberal views. He is another leader of the Konfederacja.

“I have been writing about China for over 30 years. Since the reforms of the late Deng Xiaoping – with growing admiration. After having visited China, I realized that even my latest articles were about two years belated. Today, China has definitely outrun Europe – and most likely outpaced the United States. And I can add one more thing: if we came to power today, in six years we chase away Germany, and in eight years America. But within these eight years, China will be far ahead of America – and most likely out of our reach.”

According to the latest opinion polls, the ruling party leads with 45%, and the Konfederacja may get just about 4% which means that it will probably not make it into the Parliament (the electoral threshold is 5%). However, a 3% share in votes is perfectly enough to receive funds from the state budget. And this is probably what the party with the eccentric views about China aims to achieve.

Bruno Surdel is a researcher of the Center for International Relations, a Warsaw-based think tank.

The article was written in the framework the project Chinese Influence in V4: Understanding the Impact on Political Elites supported by the International Visegrad Fund.