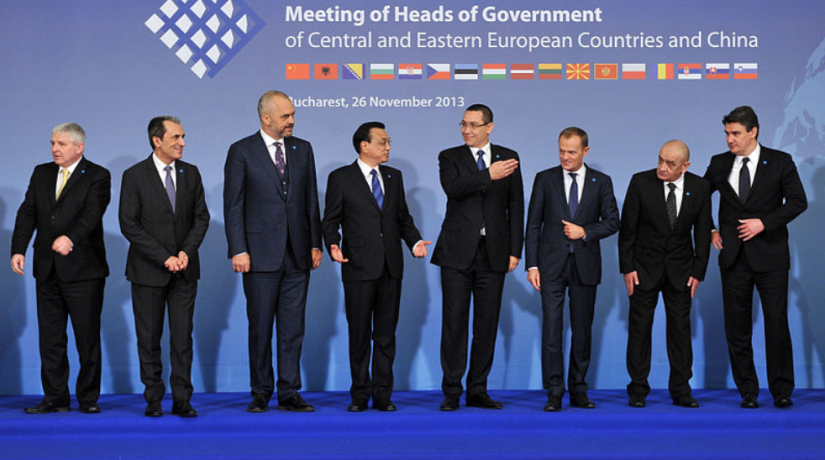 Richard Turcsányi shared his view on the future of the China-CEE cooperation for CEECAS (Central and Eastern European Center for Asian Studies).

Richard Turcsányi: When it comes to the question, how successful the 16+1 is, the answer depends on what one sees as goals of the 16+1 platform, but in any case, we are leaning somewhat towards failure rather than the success. I describe the 16+1 experience so far as “hot politics, cold economics”. These dynamics is in no one’s interest, but especially so for the CEE countries who have envisioned mainly economic goals of the cooperation with China. Although few economic results are not in China’s interest either, the increase of political profile in the region has some benefits for China alone.
5
The main challenge for China-CEE cooperation is to find a purpose or “rason d’etat”. It seems the two sides are not economically complimentary. Politically, they do not see eye to eye either, and with no major material benefits expected, the enthusiasm of the CEE countries to develop cooperation with China will further decrease, in turn negatively affecting China’s standing in the region. Still, my guess is that 16+1 will survive in one way or another, but I do expect some changes when it comes to its institutional architecture – possibly downgrading the level of diplomatic exchanges and using more ‘down to the ground’ rhetoric on both sides, acknowledging limited expectations when it comes to economic results of the cooperation.
Nominally speaking, the 16+1 process currently includes perhaps any thinkable area of cooperation, hence I think the issue should not be to come up with new areas, rather than fill the existing ones with more substance – and perhaps choose and focus on those areas where some achievements can realistically be made. Especially for the CEE countries, insistence on substance over the form should be a goal, as it is in their interest to have things done, rather than just create an impression of active cooperation – which is not really productive under the surface, but still makes their EU peers anxious.

The views of other experts on CEE-China relations can be seen here.