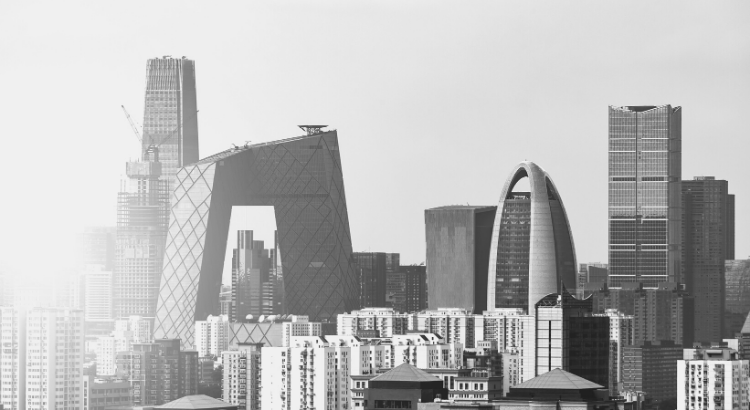 President Trump’s attempts to compromise the election results and the unprecedented assault on the Capitol gave China once again a chance to highlight the supposed superiority of its own political system and point out the inherent failures of democracy. News about electoral scandals along with the U.S. fiasco in fighting the COVID-19 pandemic thus largely contrasted with news celebrating China’s success in containing the epidemic, recovering its economy, and pursuing long-term goals.

A matter of the lesser of two evils

Before the results of the election became clear, commentators widely discussed Beijing’s preferences and the possible scenarios in either Trump’s reelection or Biden’s victory. There seems to be a consensus that Trump’s aggressive and unpredictable foreign policy towards China led the bilateral relations to the worst point since Nixon visited Beijing and started the process of normalization of ties in 1972.

And yet some voices argued that Beijing would favor Trump over Biden. Indeed, some reports in Chinese media warned that Biden may be a more difficult opponent. Chinese analysts commented that his administration has plans to strengthen its suppression of China in the fields of finance, economy, technology, and trade. Biden means to do so by returning the country to the world system and joining his allies to contain China. Trump on the other hand has withdrawn the U.S. from the international community and has weakened American power in the long run. It is this latter argument that provides further implications for the future of Sino-U.S. relations.

A profound shift in the international balance of power

Experts agree that over the years China has shifted its perception of the U.S. from an ideologically threatening adversary to an economically and politically weakening superpower. This could be observed in the different types of the strategy adopted by Beijing in past to counter Washington’s power. First, from a quiet and low-profile diplomatic approach from the post-Cold War period, China has gradually shifted to the strategy of ‘striving for achievement’. This kind of strategic shift is believed to be linked to the 2008 global financial crisis that began in the U.S. and impacted China less than any other large economies. The confidence China gained from this experience gradually led Beijing to believe in an inevitable decline of the U.S. and a new opportunity for China to shine and rise. This belief seems to have been especially gaining on strength since Donald Trump’s administration took office four years ago and gradually withdrew the U.S. from the international order it had helped to build. The narrative supporting this could be found in the communique issued after the fifth plenum in October 2020. A “profound adjustment in the international balance of power” appears in the official document as a clear reference to Trump’s administration over the four years.

It is thus not rare to read in Chinese media statements, such as  “Although the U.S. is still the only superpower in the world, affected by factors such as the COVID-19 pandemic and economic recession, its military strength and international political influence have been weakened to varying degrees.” The shift in balance is according to the same article evident from the U.S. allies’ future China policies. “Even the United Kingdom, as the ‘strongest ally’ of the U.S., has begun to choose to stand by China against the fallacious Trump’s strategy to suppress China.” Washington’s failure to contain China under Trump’s administration is thus associated in Chinese media as a direct consequence of China’s current growing strength. “The direct trade confrontation launched by Trump not only failed to bring China to the ground or lower its international status but instead allowed China to achieve a breakthrough in targeted public relations and strengthened its determination to keep up with the path of its own development.”  In other words, the confidence behind such statements reflects well the belief that the world is experiencing ‘great changes unseen in a century’ – a phrase coined by Xi Jinping in 2017 and used in the official narrative ever since.

The discourse around the U.S. elections in Chinese media focuses largely on portraying Trump as the president who helped to accelerate the U.S. decline. “The American media had openly expressed dissatisfaction with Trump. In many comments, the media widely evaluated him as the worst president of the U.S.!”, stated an opinion article on a popular domain 163.com.  Similarly, particular emphasis was put on several reports on Trump’s conduct in the post-election period. Scandals around the president’s attacks on the integrity of the American system were meant to point out the damage the U.S. democracy has suffered over the last four years. The news about the censoring of Trump’s social media helped China to point to Washington’s purported hypocrisy and claim to its domestic audience that censorship is a superior model for governance.

However, even more damaging to the American reputation, was the assault on Capitol on January 6th – only two weeks before Biden’s inauguration. Chinese media promptly reacted mocking the democratic system, which the American elites have always proudly advertised. “The riots in the U.S. Capitol shocked the world and at the same time put the so-called ‘American democracy’ to shame. The American democracy has fallen into an unprecedented crisis, and the rule of law in the U.S.  is experiencing an unprecedented impact.” Other reports claimed, the incident “started to fragment the ‘American dream’. The world has seen that the aura of democracy and the rule of law above the United States has been eclipsed from this day on.”

The idea of a fragmenting ‘American dream’ supported by an outrageous event such as the riot to the highest of political institutions in the U.S. bolsters extensively Beijing’s image. To further back up this discourse, the media quoted Russian and Iranian leaders – both having confrontational relations with the U.S., who commented on the outdated electoral system and flaws of the Western democracy. Similarly, a critical voice from Venezuela was quoted. This could suggest that domestically China is trying to promote the idea of a united front of like-minded allies to counter the U.S.

One of the strategies how to push the story of its superior political system is to highlight Washington’s failures in areas, such as the COVID-19 pandemic, political disorder, and human rights. The repression of the violent Capitol riot was very relevant in this case. In a commentary on China News, an analogy between the recent upheaval and the Hongkong protests was immediately reported to show the arrogance and double standard of the U.S. in criticizing China on human rights. A report from Global Times claimed that Chinese citizens see “the chaos in the U.S. as revenge.”

The Communist Youth League of China even mocked on its official Weibo account Nancy Pelosi’s comment on Hongkong demonstrations in 2019. The post used Pelosi’s own words to describe the protests on Capitol as the most “beautiful sight to behold”. Similarly, online pictures of what is happening in the U.S. and China at the same time were circulating the Chinese internet showing pro-Trump rioters climbing the walls of the Capitol, and Chinese workers wearing protection suits carrying daily supplies to fight COVID-19. As commented by a netizen, “A sharp contrast! While Chinese are busy saving lives, the U.S. is showing the world how it is collapsing!”

China means to rise regardless of who is the U.S. president

Beijing believes that Trump has accelerated the U.S. decline, but it will continue regardless of who is in office. “The U.S. has been torn too deeply. Repeated denials and attacks on election results will leave a mark for a long time. It will pose a challenge to the authority of the Biden administration and weaken its appeal.” In other words, the election results matter less to Beijing than they may appear.

Moreover, Beijing understands that being tough on China is almost a bipartisan consensus in the U.S., and that “it is unrealistic to pin the hope of improving Sino-US relations on the replacement of a new president.”  On the other hand, Beijing is aware of the fact that to fight the climate issue, a common vulnerability and interest of both the U.S. and China, Biden’s administration needs its partnership. China’s leading position among the signatories of the Paris Agreement after Trump’s withdrawal is especially significant in this matter.

Thus, regardless of who sits in the Oval Office, China sees itself as the leading character in the current history chapter and is confident to rise in any case. “China will never allow being stuck on the road of development. The road is long and thorny, but we are confident and capable of breaking through many obstacles!”