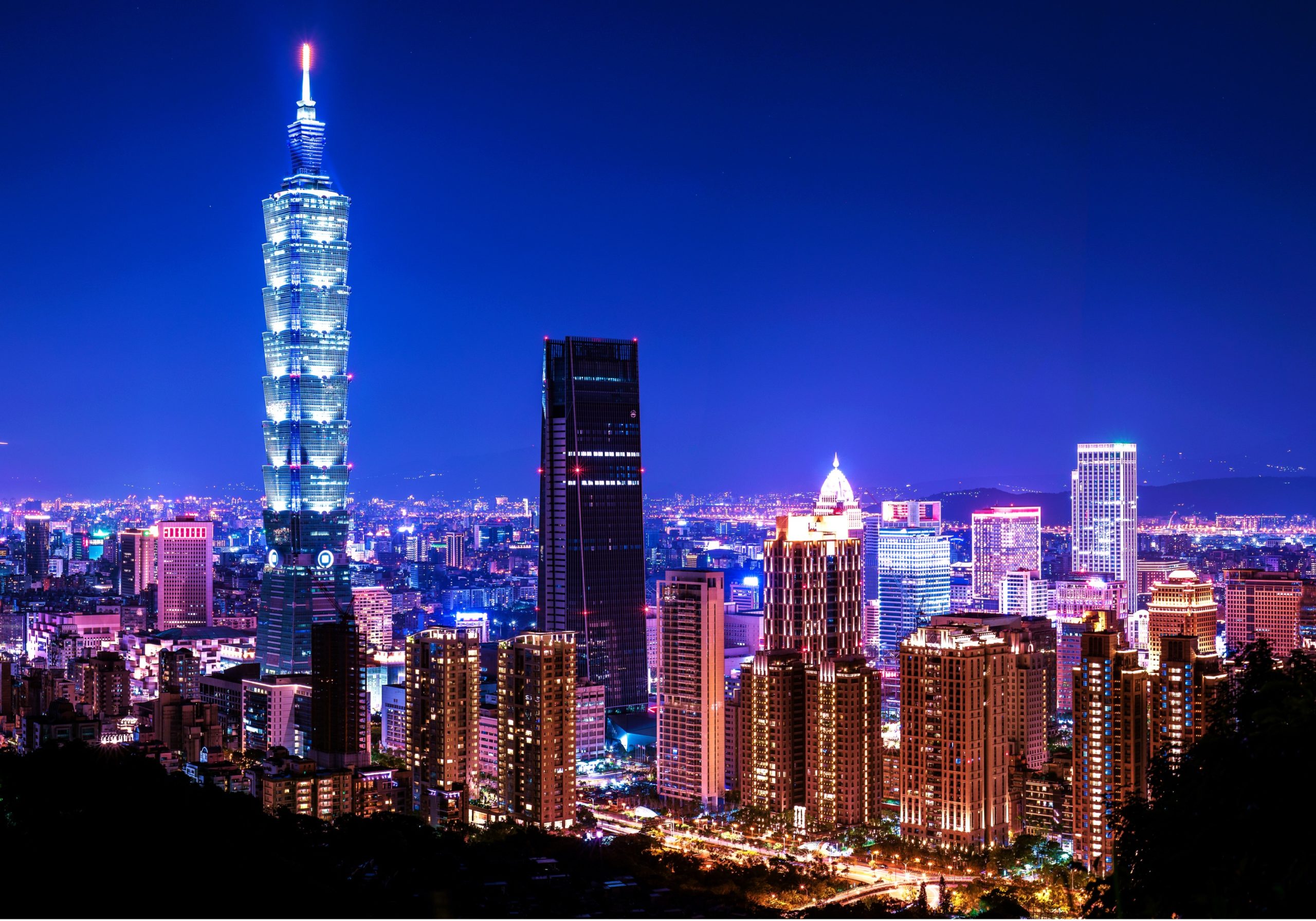 In a major blow to Beijing’s diplomacy in Europe, Latvia and Estonia quit China’s 16+1 initiative in August 2022. Taiwan can use this development to elevate its diplomatic credentials and dependability in Europe.

Last year, when Lithuania left China’s 17+1 Initiative, originally a diplomatic forum established in 2012 for 16 countries across the Central and Eastern European (CEE) region to find a common ground with China (Greece later joined in 2019 to make it 17+1), and making it 16+1, Vilnius encouraged other European Union (EU) member states within the initiative to follow suit. A little over a year later, Riga and Tallinn decided to follow Vilnius’s example.

Unsurprisingly, China’s refusal to criticize Russia’s invasion of Ukraine and retaliation against Lithuania for improving its relationship with Taiwan played a part in the Latvian and Estonian decision-making processes. After all, the Baltic States are no strangers to historically violent memories due to Moscow and have always been aware of Russia’s expansionist ambitions. Another reason that might have come into play is the fact that China has largely failed to fulfill its mutually beneficent trade and big investment promises in the CEE countries within the formerly 16+1 Initiative.

Taiwan, currently in pursuit of a new free trade agreement with the EU, should not neglect the opportunities presented by this recent development. With the right approach, Taipei will not only increase Taiwan’s reputation and trustworthiness among CEE countries, but it might also increase the chances of eventually forming a new free trade agreement between the EU and Taiwan.

In February 2022, the EU introduced the “European Chips Act” for the European Commission desires more capability in framing the standing of the union in semiconductors’ global value chain and in minimizing any risk of future turmoil in the supply chain. The  compulsion behind this act lies in the shortages of chips (the general term for semiconductor component products) that European industries had to endure during the COVID-19 pandemic. In addressing the semiconductor shortage, Tyson Barker, head of the Technology and Global Affairs Programme at the German Council on Foreign Relations (DGAP), believed that political momentum in the EU could be created by the CEE countries if they are willing to be more active players in the semiconductor industries.

Herein lies an option that Taipei can explore :using Taiwan’s status as a global leader in semiconductor technology to continue helping Lithuania and start assisting Estonia and Latvia with their participation in the “European Chips Act”. This may well provide a fresh but immediate outlook for Taiwanese diplomacy that functions similarly to economic diplomacy: in using its superior semiconductor knowledge and technology carefully to hone bilateral or even multilateral relations on the global stage, due to  Taiwan being responsible for producing around 60% of global chips output, Taipei also forwards its foreign policy objectives.

The three CEE countries who left China’s initiative should provide Taiwan with a fitting beginning in this regard.

Taipei: A Promising Start in Vilnius

In return, Lithuania’s status as a global leader in laser technologies, which just happens to be something Taiwan is lacking, should equip Lithuania accordingly in discussions with Taiwan as an equal partner. Using Lithuanian laser technologies, Taiwan can produce better photonic chips that will offer even greater bandwidth and efficiency. In short, it is a win-win for both countries. This mutual partnership aims to create a semiconductor supply chain between the two countries.

While Taiwan also cooperates with Lithuania in other fields besides semiconductor manufacturing, and further discussions between Taipei and Vilnius need to take place before they tangibly form their semiconductor-lasers cooperation, both countries are  heading in the right direction to fulfill their aspirations. This means that Taipei can apply the knowledge it gained from interacting with Vilnius to its interactions with Riga and Tallinn.

A choice that Taiwan could explore for Latvia and Estonia is conducting a feasibility study regarding the fate(s) of Chinese investments left in both countries. The feasibility study should reveal, among other things, how far along the projects proposed by China in Latvia and Estonia have gone and their current state, now that Riga and Tallinn have left the formerly 16+1 Initiative. Based on the results, Taiwan can then move in approaching China’s investments in both countries. Should the feasibility study reveal so,  Taiwan could move to overtake any Chinese projects that did not come to fruition, in a way that would benefit Taiwan, Latvia, and Estonia altogether.

If Taipei, however, decides to employ its Semiconductor Diplomacy in Riga and Tallinn, it will have to follow two steps.

Firstly, Taiwan should approach Latvia and Estonia separately to conduct preliminary research regarding their potential semiconductor industries. For example, a brief preliminary search reveals that Latvia has at least thirteen participants in the Latvian semiconductor ecosystem. Their focus, for now, is still on research and development or small batch production, but their existence shows  that competent human resources and relevant industry expertise are present in the country. Estonia, meanwhile, seems to have a less developed semiconductor ecosystem.

Secondly, Taiwan should offer both countries individual strategic proposals to develop their respective semiconductor industry. Ideally, both proposals ought to be written specifically to play into the strengths of their respective target. For example, Latvia may not necessarily be able to cover Taiwan’s needs the way Lithuania could. However, this does not mean the chances for the semiconductor industries of Taiwan and Latvia to benefit each other are completely zero. Thorough research and discussions should produce a middle ground for both Taipei and Riga to advance their semiconductor aspirations. As for Estonia, if Taiwan’s preliminary research finds the Estonian semiconductor capacity is still in its early stages indeed, then Taipei could perhaps see it as an opportunity to help frame the Estonian semiconductor industry accordingly.

Whichever options Taipei  picks, Taiwan must engage with Latvia and Estonia closely to anticipate the possibility of an unpleasant reaction from China. While it is unclear at the time of writing what Beijing’s reaction to Latvia and Estonia leaving the now 14+1 Initiative is, the unpleasant experience Lithuania still has to endure because of China means that any attempt by Latvia and Estonia to hone deeper relations with Taiwan may well invite China’s spleen.

Thus, the two Baltic countries are better off preparing for the probability of a “vexatious Chinese reaction” scenario occurring than not. After all, an Estonian Reform Party MP, Jüri Jaanson, recently argued that Tallinn should follow Vilnius’s example and open a Taiwanese diplomatic representation in the city. Feasibly, it is quite easy to imagine China’s chagrin toward Estonia should such a bold move come to fruition.

What Taiwan has done with Lithuania can, again, be a useful example here. Taiwan can start offering scholarships to Latvian and Estonian students or, perhaps, even set up a bilateral forum like the one it did with Lithuania. If need be, Taiwan can also pledge to financially propel the two Baltic nations like it already committed to Lithuania. Naturally, having Taiwan’s support against China’s mistreatment did not hurt Vilnius at all. Lithuania is even currently planning for the September 2022 inauguration of its Trade Office in Taipei. The same possibility may turn out to be true for Latvia and Estonia.

The recent development with the China-CEE Platform should compel Taiwan to keep an eye on any possible exit from the initiative, especially by countries that have previously expressed an interest to cooperate with Taiwan on semiconductors, such as the Czech Republic or Slovakia. While Taiwan should naturally attempt to conduct its diplomacy regardless, having Taipei offer a hand to a CEE country who is also an EU member state after it is left feeling upset by China does prove Taiwan to be everything China is not, both for the EU and for the CEE countries, and that is priceless.

Omar Rasya Joenoes is a Ph.D. student at the Department of Political Science at the University of Vienna.